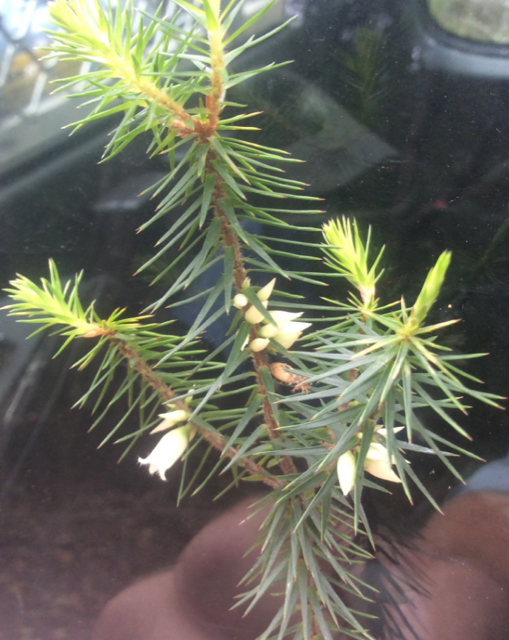 A rare plant known only to occur in one location has produced a surprising success story in a forest in north east NSW.

When our foresters began preparing for an operation in a section of regrowth forest in Gibberagee State Forest alongside the area set aside for this plant, we were on the lookout for more specimens. Our forest technicians have skills and experience in botany and ecology and spend a great deal of time walking through the forest to look out for and protect threatened species by physically marking out buffer zones, protected areas and sections of forest that are off limits to our equipment.

What they found when they began that process was surprising. More than 100 Melichrus gibberagee plants were found in an area where they had never been recorded before. . This is exciting because not much is known about this rare plant and it’s a great opportunity to further understand the species. As a result a much larger area has been set aside in this part of the forest to protect the plant.

Forests are dynamic and diverse and different plant and animal species thrive in different environments and conditions. For example, some eucalypts need light and space to grow, some plants are found more frequently in areas where there has recently been a fire or other disturbance, and others don't respond well to disturbance.

The surprising proliferation of the Melichrus gibberagee has prompted further investigation into how best to monitor this species to ensure it continues to thrive.